Our analysis of the 2016 Presidential Race in Colorado shows that data for almost all counties obeys the Law of Large Numbers very well. The one clear exception is Pueblo County in the 3rd Congressional District, which shows a distinct increase in Republican votes (“red shift”) in larger precincts that can not immediately be explained by examining polling place locations. Additionally El Paso County displays a much milder red shift, and Adams County displays a mild “blue shift”. 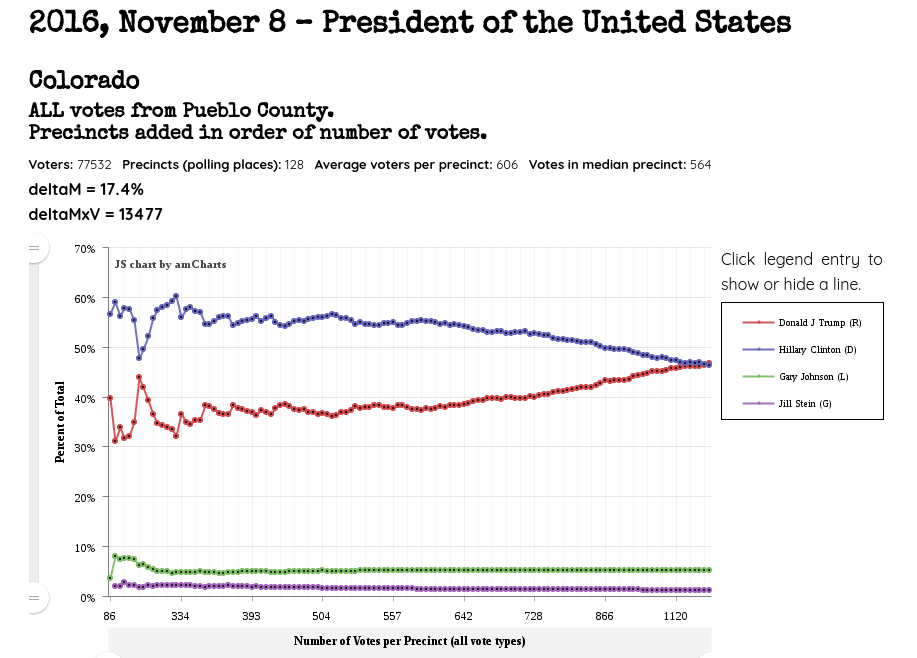 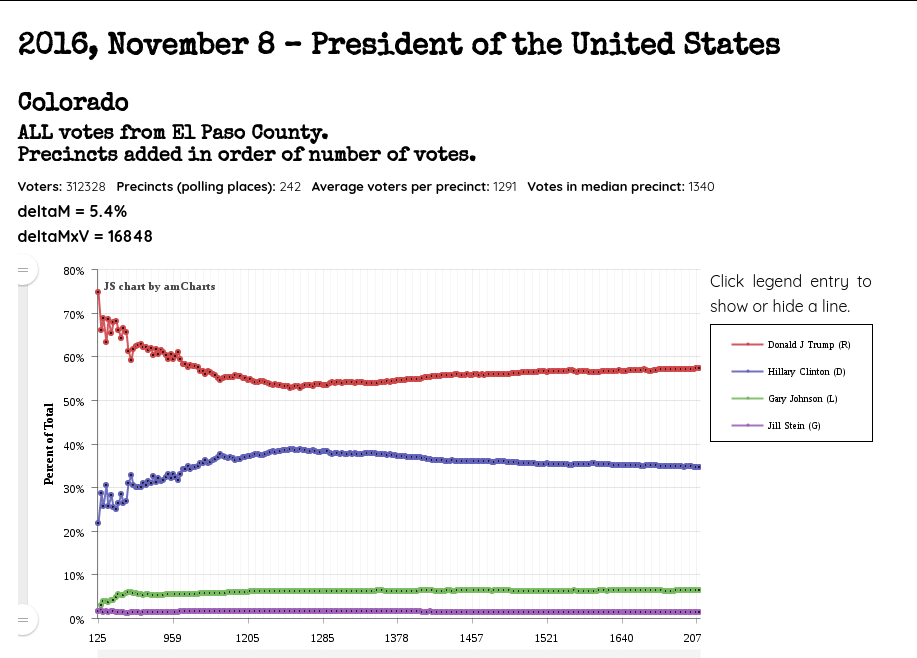 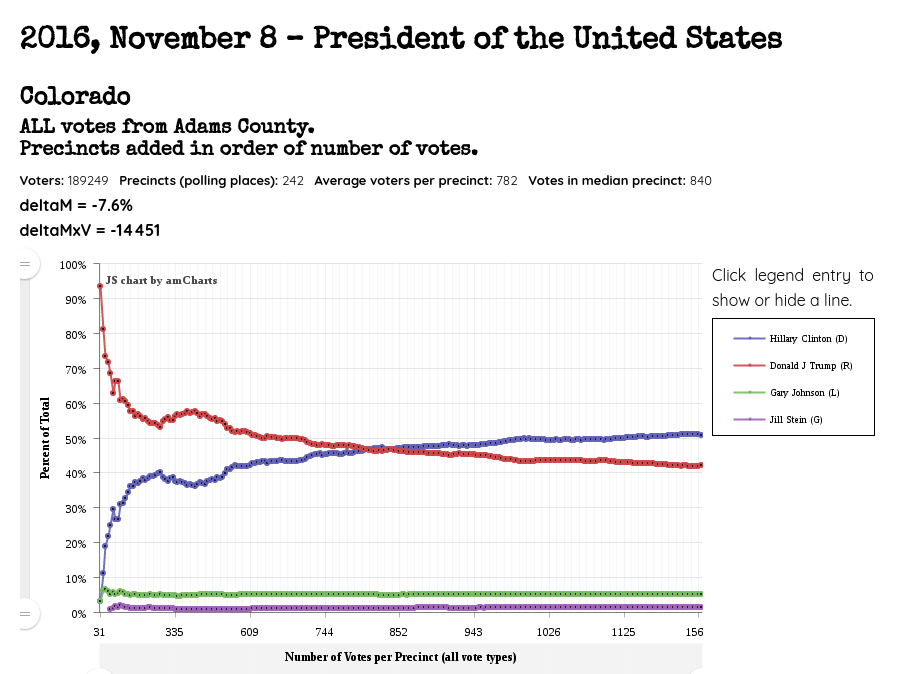 As explained on our home page, an election should normally obey the law of large numbers fairly well, unless there is a strong reason for people in larger precincts to vote one way rather than another. Our graphs for most large counties such as Denver County and Jefferson County demonstrate this.

Outside of the above three counties we see this “flat line” pattern without fail, in large counties as well as smaller ones: 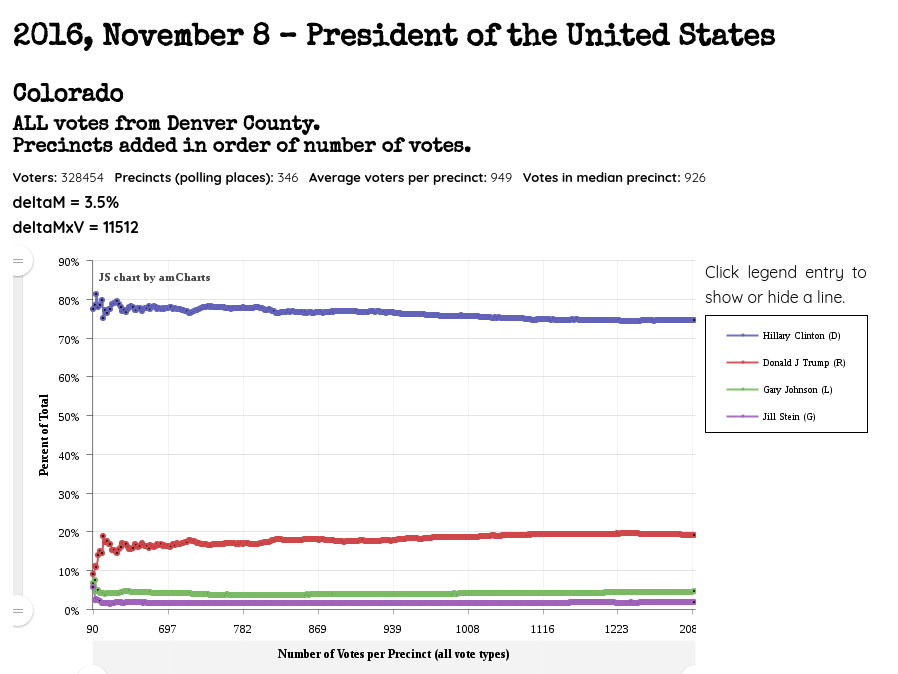 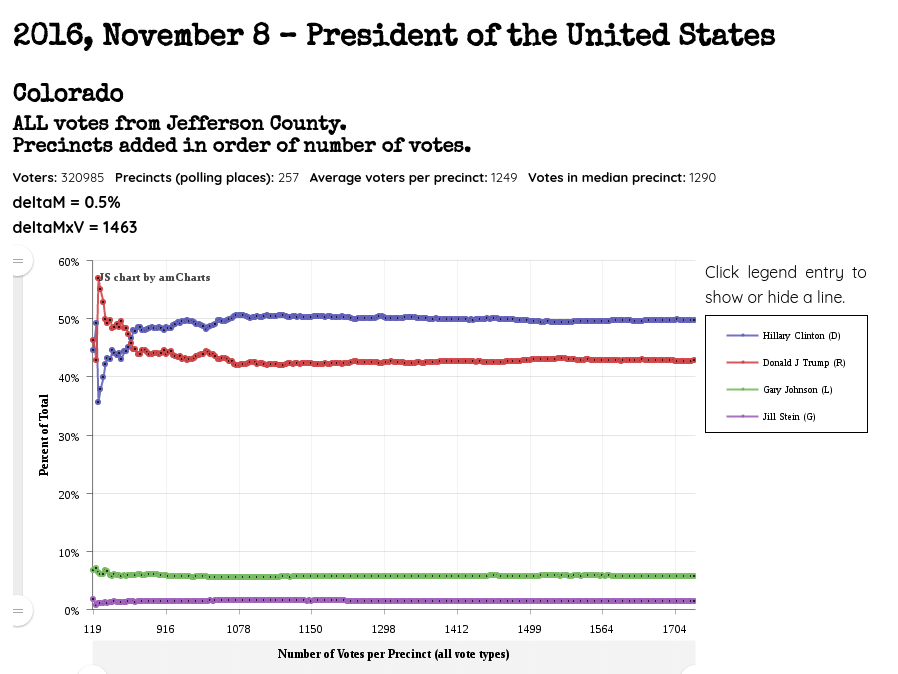 Here is what our deltaM numbers look like for all the large counties in the state: 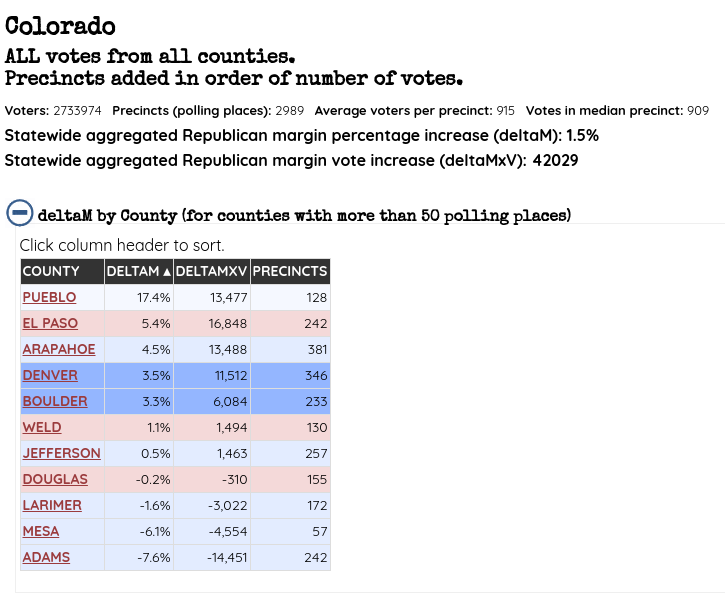 As you can see from the above table, the small “red shifts” we see in some counties in this state are almost cancelled by corresponding “blue shifts” in different counties. The only exception is the large and so far unexplained red shift in Pueblo County.

It is our opinion that most of Colorado held a clean and valid election in November 2016.