Our analysis of the 2016 Presidential Race in Michigan shows that 13 of its 17 largest counties show a “red shift”, meaning the Republican share of the vote increases when votes are totaled from smallest to largest precinct.

For our analysis of Michigan, we started by looking at the state as a whole. This is what we found: 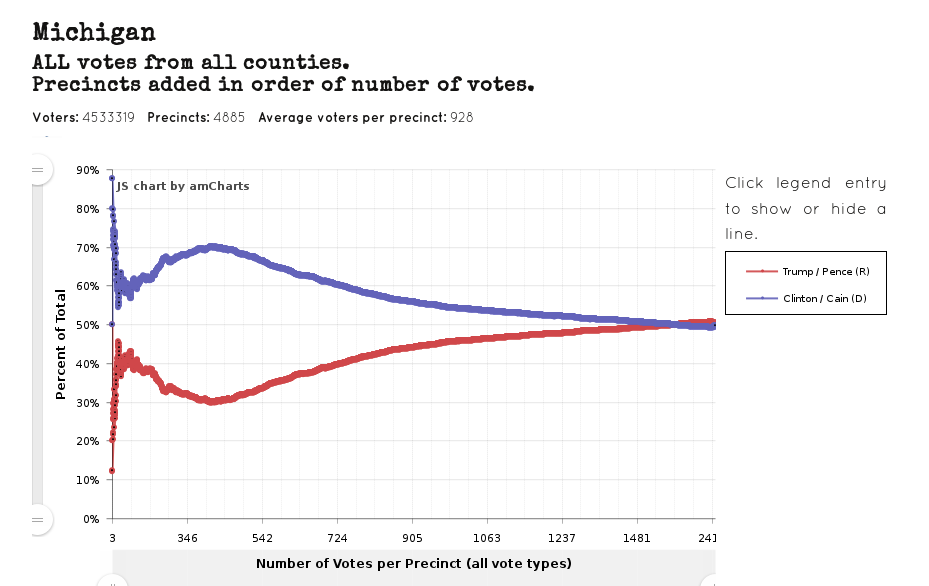 In an attempt to understand why this might be, we looked at the state county by county. This pattern is even more clear looking at several of the largest counties in the state: 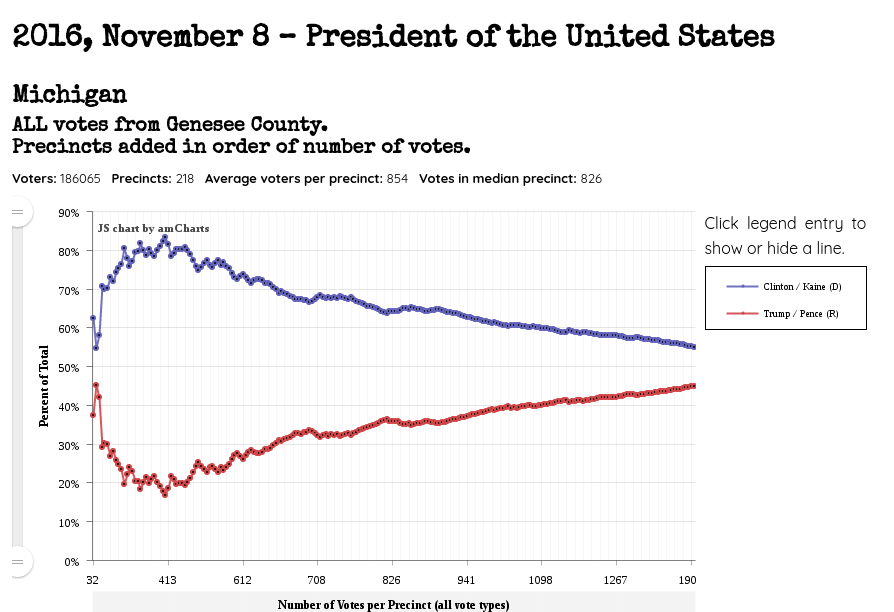 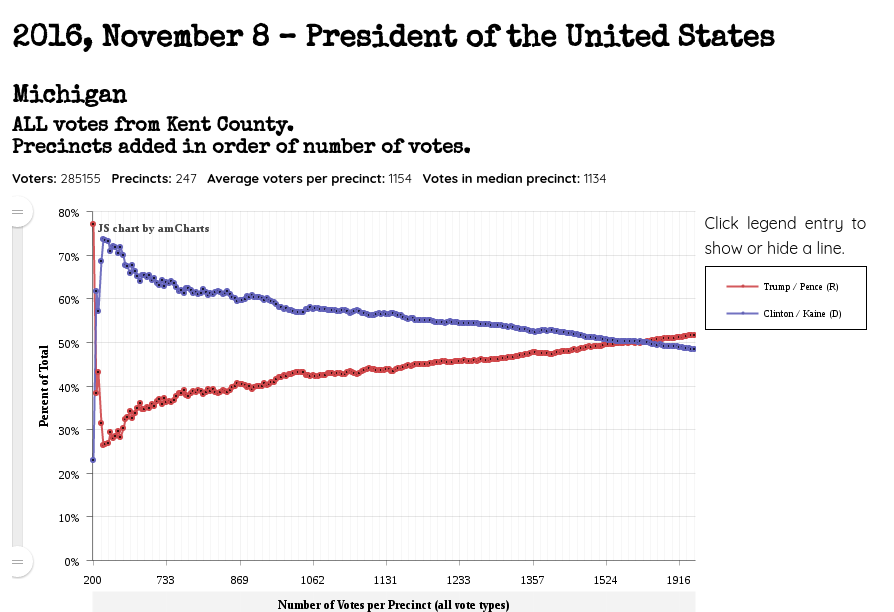 Here are the interactive graphs for Genessee, Kent, and Wayne (outside of Detroit) Counties.

In two counties we see a “blue shift”, meaning that the largest precincts show increased numbers of votes for the Democratic candidate. Both of the counties displaying a blue shift match the demographic pattern of smaller less urban precincts surrounding a few large urban precincts. One of these counties, Washentaw, is home to Ann Arbor, the other, Jackson, is home to Jackson City. In both cases, all the largest precincts in those counties fall within these large cities with collegiate and/or urban demographics. 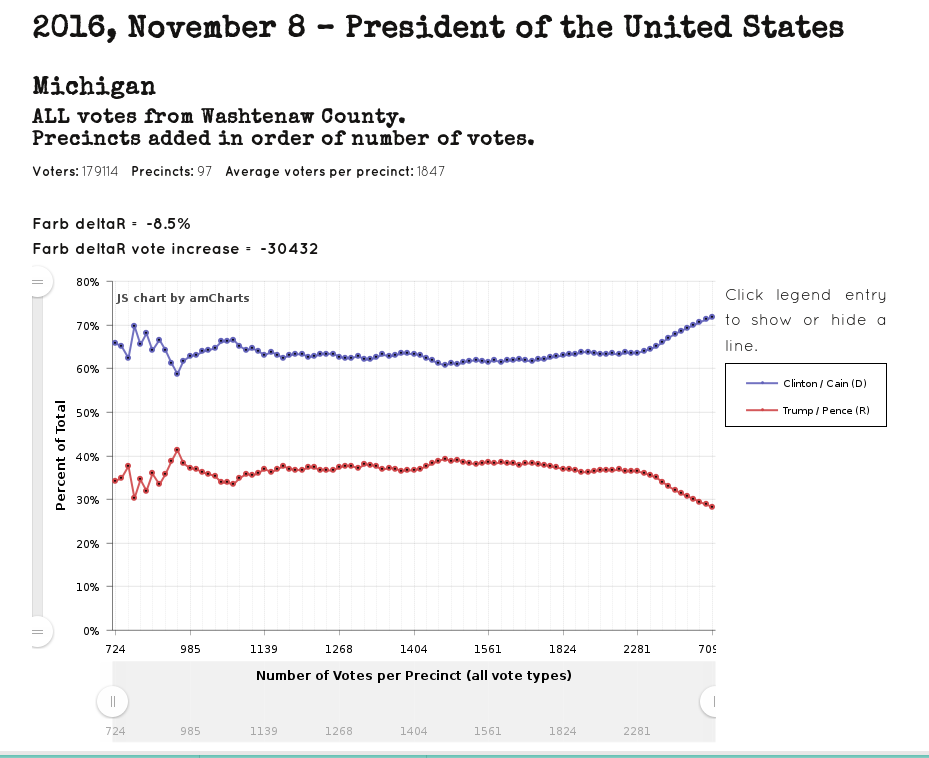 Here are the interactive graphs for Washentaw, and Jackson Counties.

A second very odd phenomenon occurred in this election. There were two Supreme Court Justice races in which the voting pattern was radically different from that for the Presidential race. In these races, all precincts in all counties voted Republican. Even precincts in Detroit City, where on average slightly over 3% of voters chose the Republican presidential candidate, 56% of voters chose the Republican Justice Candidate. 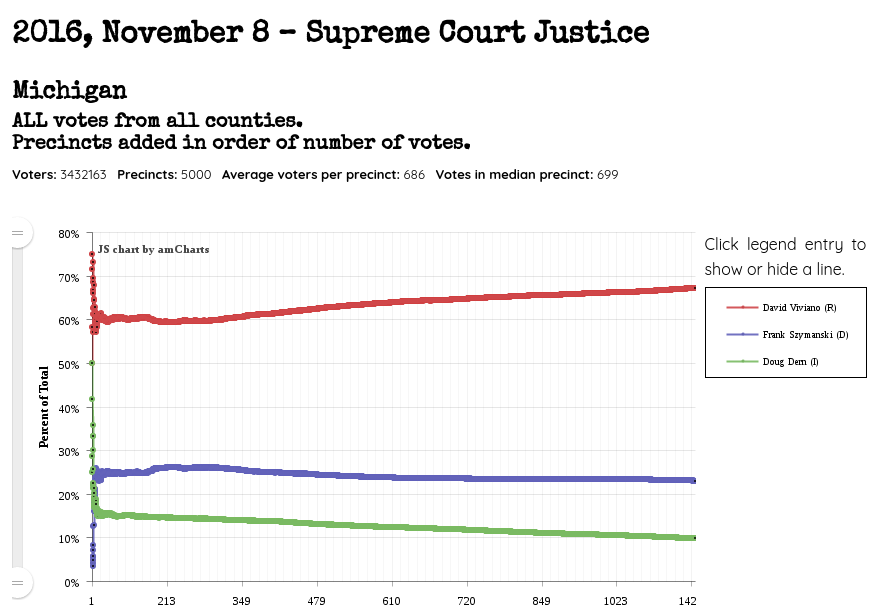 Here are the graphs for the justice race in the counties we looked at above: 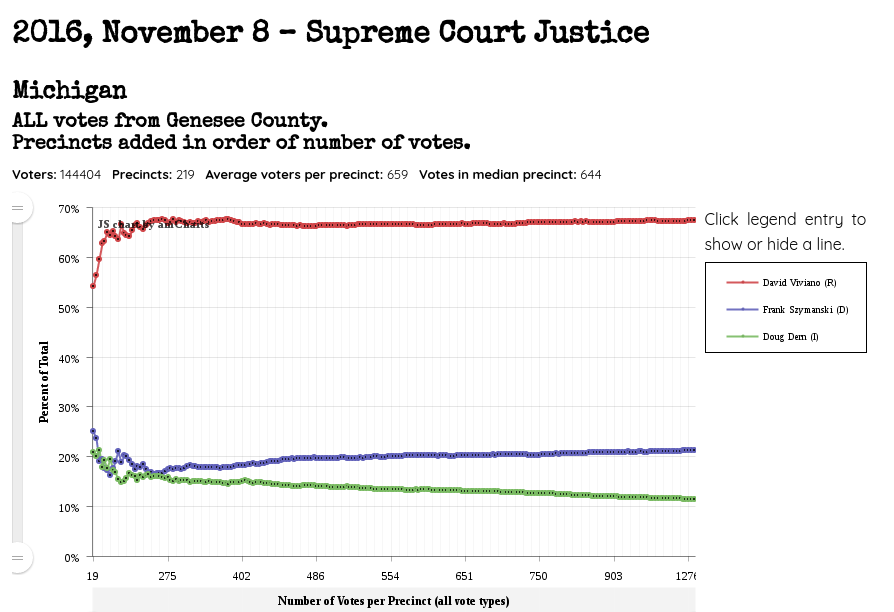 Here are the interactive graphs for Genessee, Kent, and Wayne Counties.

We estimate that a large number of votes may have been shifted from the Democratic to the Republican candidate via these “red shifts”, as we can not immediately see a demographic reason for them.