Our analysis of the 2016 Presidential Race in Pennsylvania shows that 38 of the 40 counties with more than 50 precincts show a “red shift”, meaning the Republican share of the vote increases when votes are totaled from smallest to largest precinct. 26 of these counties, including all but one of the 10 largest counties, show a very strong red shift – greater than 5%, and 14 of these show a red shift of greater than 10%.

We estimate that the statewide margin between the candidates was changed by at least 526,000 votes due to these red shifts.

Here are the top “deltaM” values for Pennsylvania counties, along with an estimate of the number of votes “flipped” (deltaMxV) in each county. 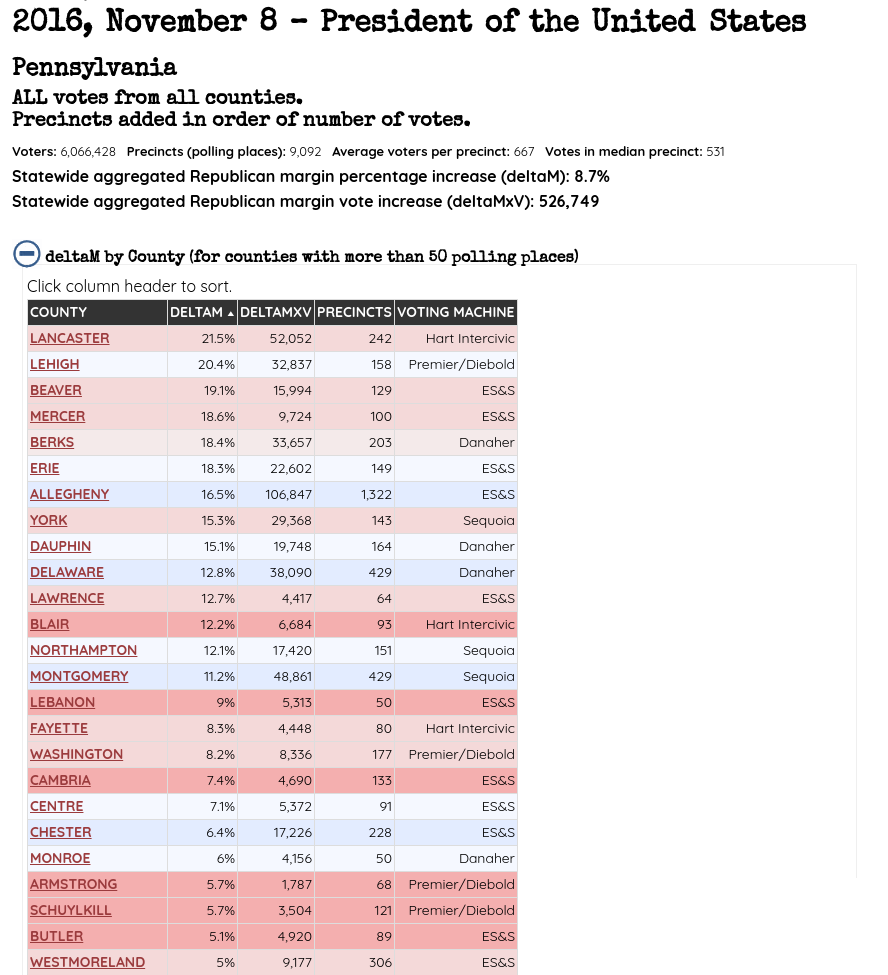 Here are the graphs for four of Pennsylvania’s largest counties with the votes added in order of the number of ballots reported to be cast in each precinct. This shows clearly how much the Republican votes increase as apparent precinct size increases. These graphs also show how strongly the reported voter turnout parallels the number of reported Republican votes. 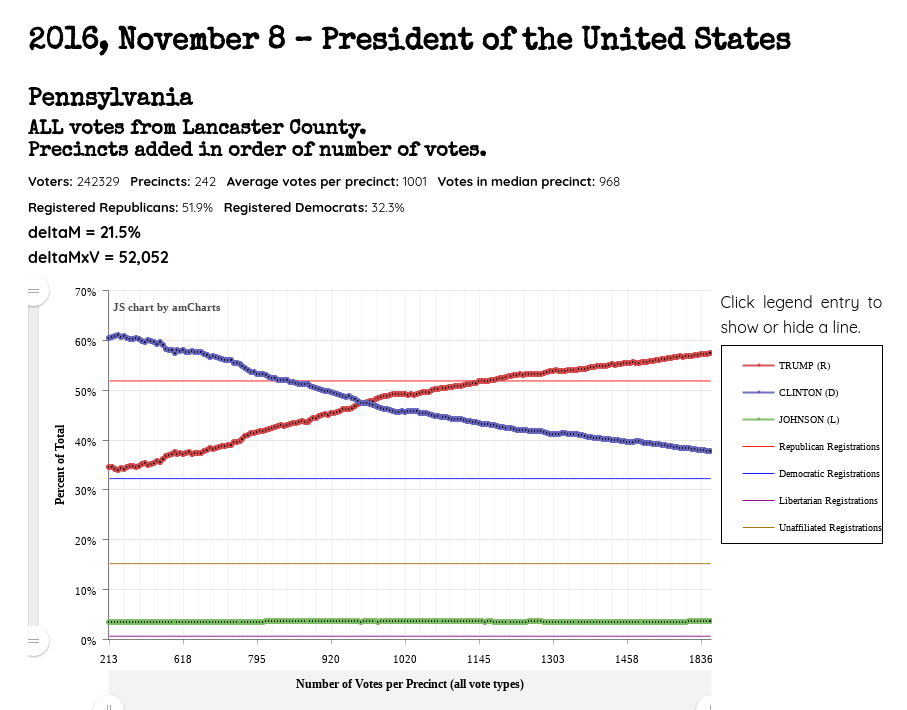 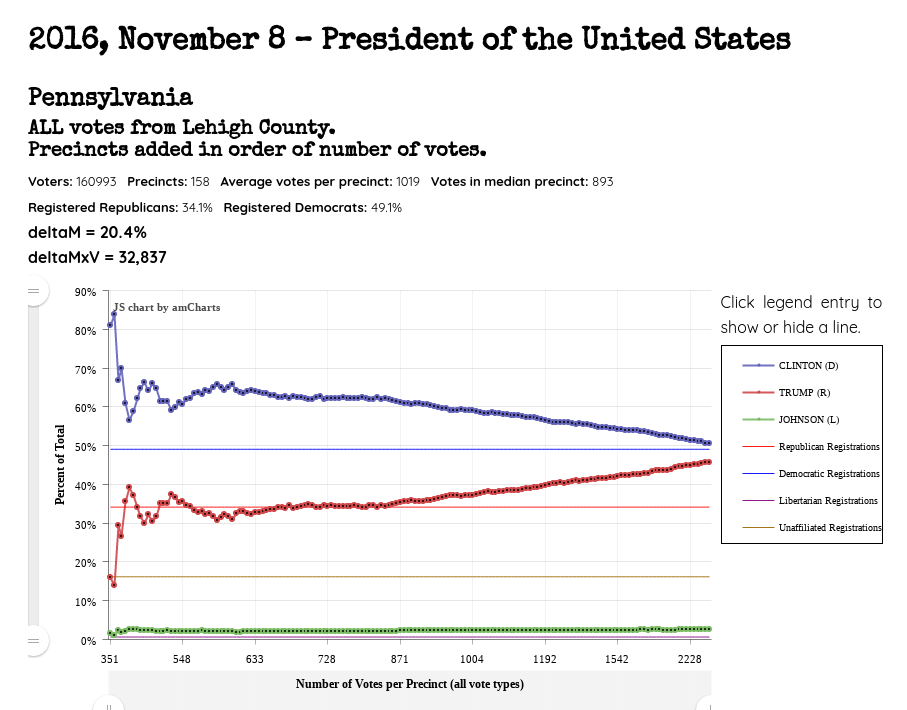 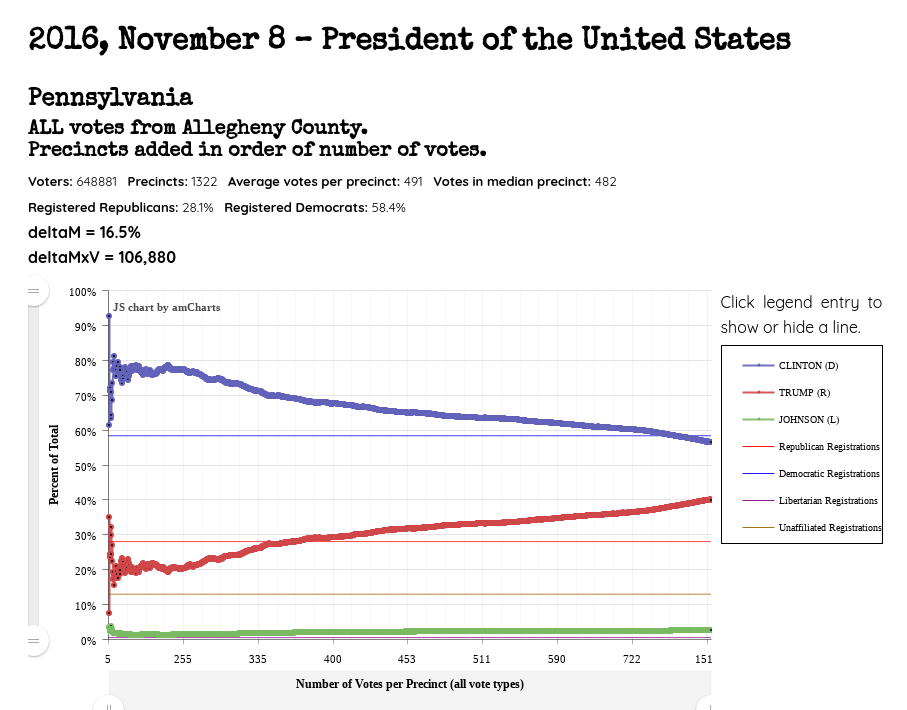 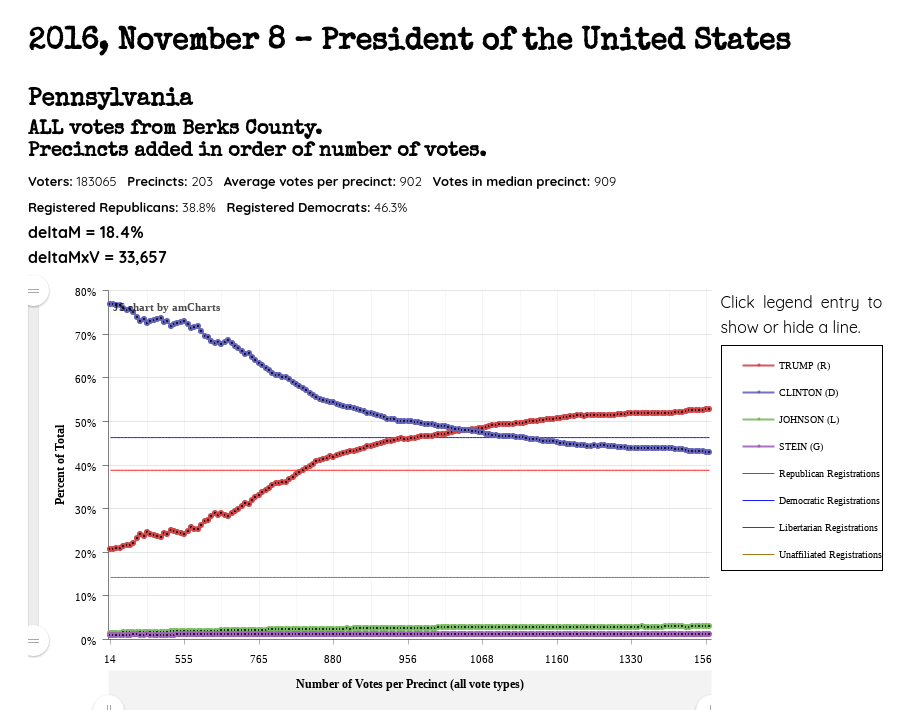 The links to the interactive graphs for these counties are below. Note that you can see the precinct level results numerically by clicking the plus signs under the candidates’ names below the graphs.
Lancaster County
Lehigh County
Allegheny County
Berks County

As in North Carolina, there are a number of counties in Pennsylvania where the ratio of votes for the Republican candidate vs. votes for the Democratic candidate is much higher than the ratio of registered Republicans to registered Democrats. Thirteen counties with more registered Democrats than Republicans chose the Republican candidate, by wide margins in several counties such as Cambria and Green. Only one county shows the opposite effect. The sortable table showing registrations vs. votes may be seen by clicking the plus sign next to Voter Stats by County, here.

It is statistically highly implausible that voter turnout could have been so strongly and consistently correlated with the number of Republican votes in every precinct, in every almost every county in the entire state of Pennsylvania.