Our analysis of the 2016 Presidential Race in Washington State shows that data for almost all counties obeys the Law of Large Numbers very well. The exception is Kittitas County, in the state’s 8th Congressional district which has an abrupt and alarming upward trend: 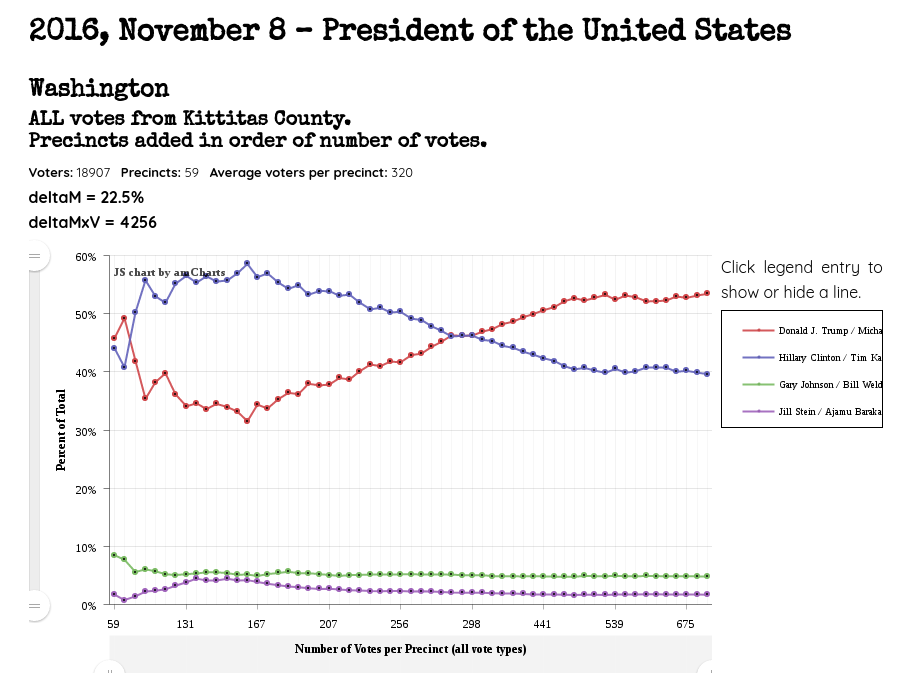 In Washington State we see this pattern almost without fail, the exception being Kittitas County, above.

The largest county in the state – King – did not report to the state by precinct, and is heavily Democratic. We included its vote totals as one huge precinct. That accounts for the spike in blue at the far right of the graph. We have found

With the notable exception of Kittitas County, each county in the state appears to obey the Law of Large numbers fairly well, although there is typically a slight “blue shift” that is probably due to a more liberal city with larger precincts surrounded by small rural conservative precincts. Even in these cases our cumulative vote total lines become relatively horizontal toward the right side of each graph. Spokane County and Chelan County are examples. 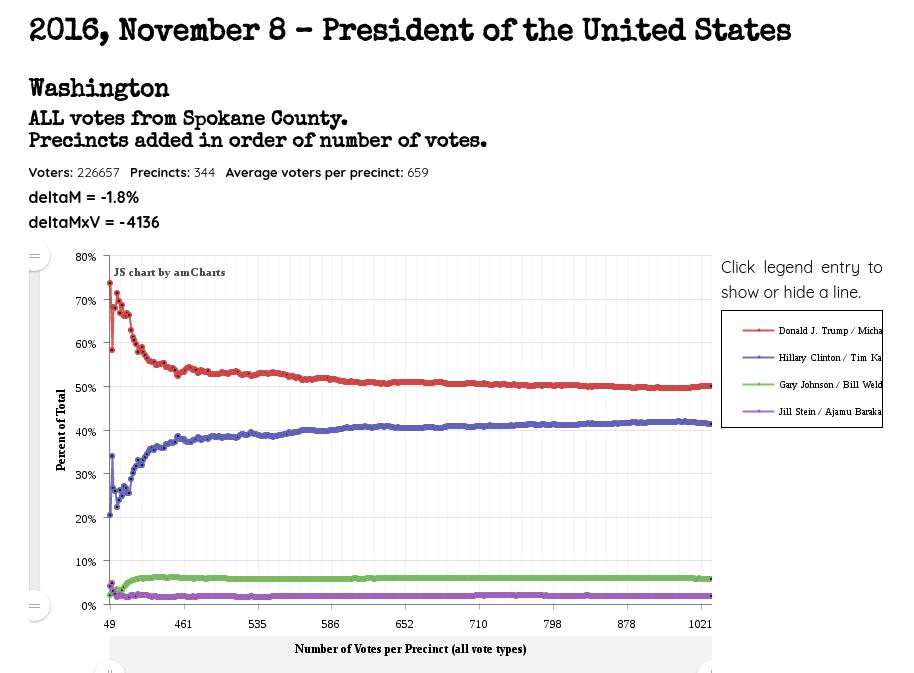 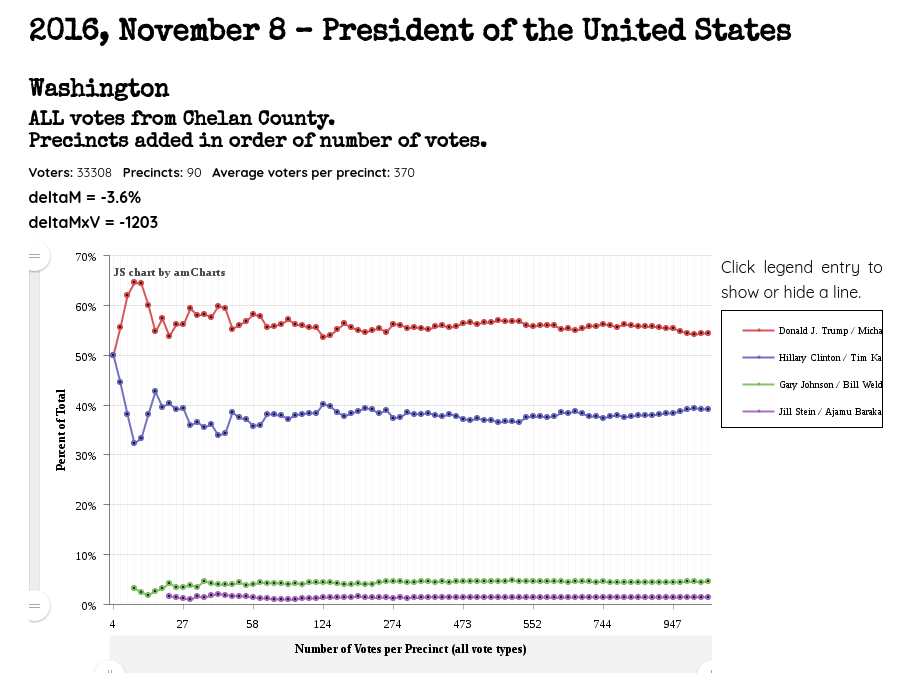 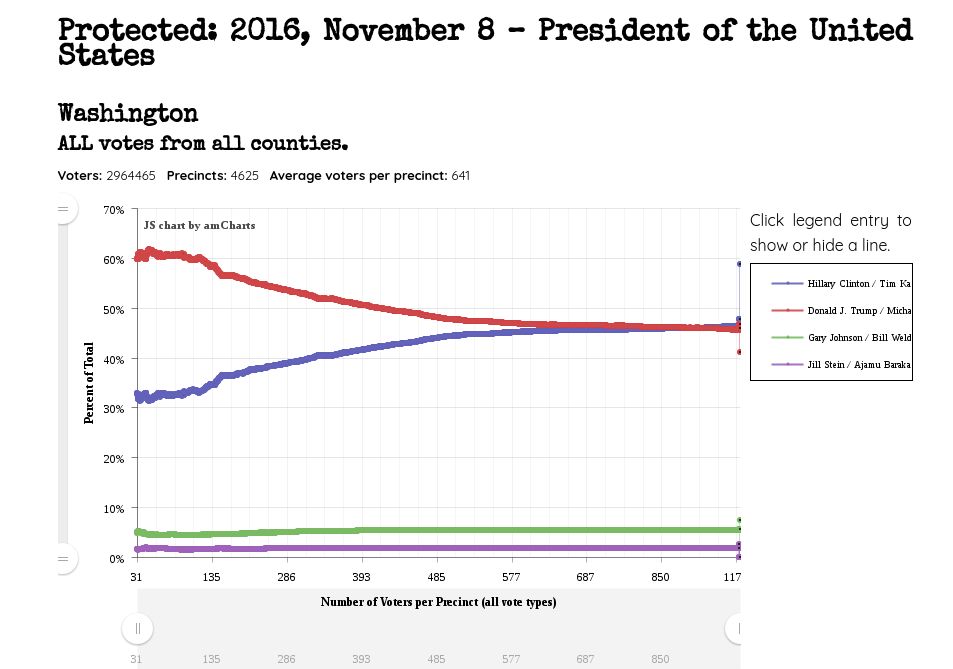 It is our opinion that most of Washington State held a clean and valid election in November 2016. The voting patterns we see in all counties with the exception of Kittitas County, appear to be a record of real votes, cast by real people, living in a real Democracy.