Our analysis of the 2016 Presidential Race in Alabama reveals that 4 of its 5 largest counties show a very strong “red shift”, meaning the Republican share of the vote increases when votes are totaled from smallest to largest precinct.

Here are the “deltaM” values for all Alabama counties, along with an estimate of the number of votes “flipped” (deltaMxV) in each county. The only county showing a strong negative deltaM is Tuscaloosa. 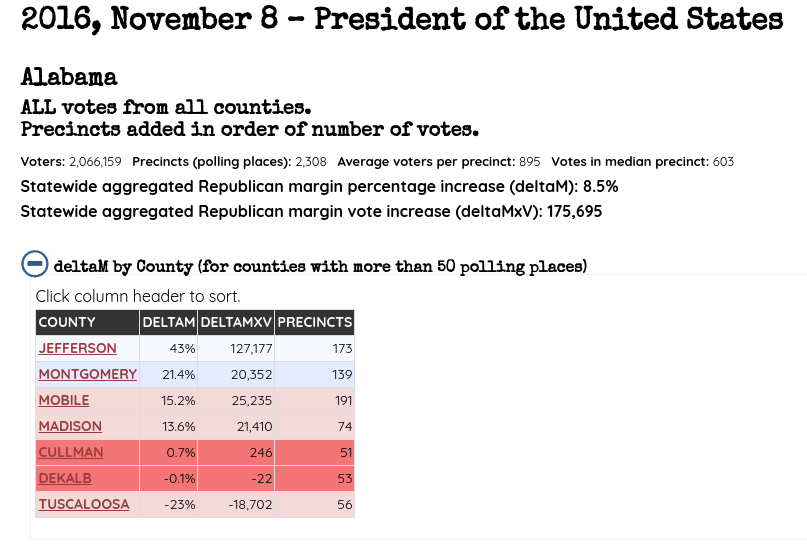 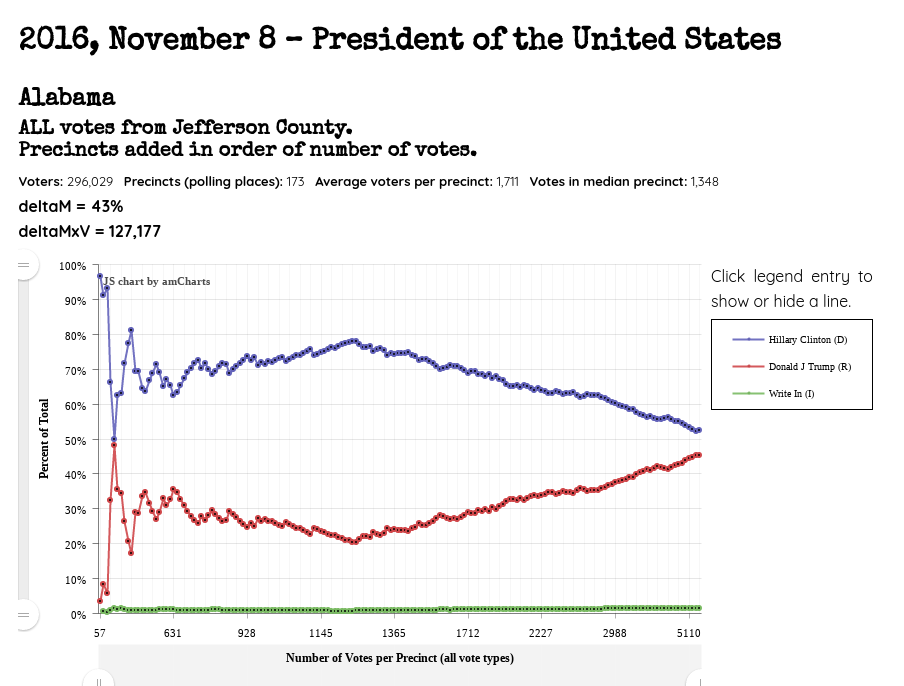 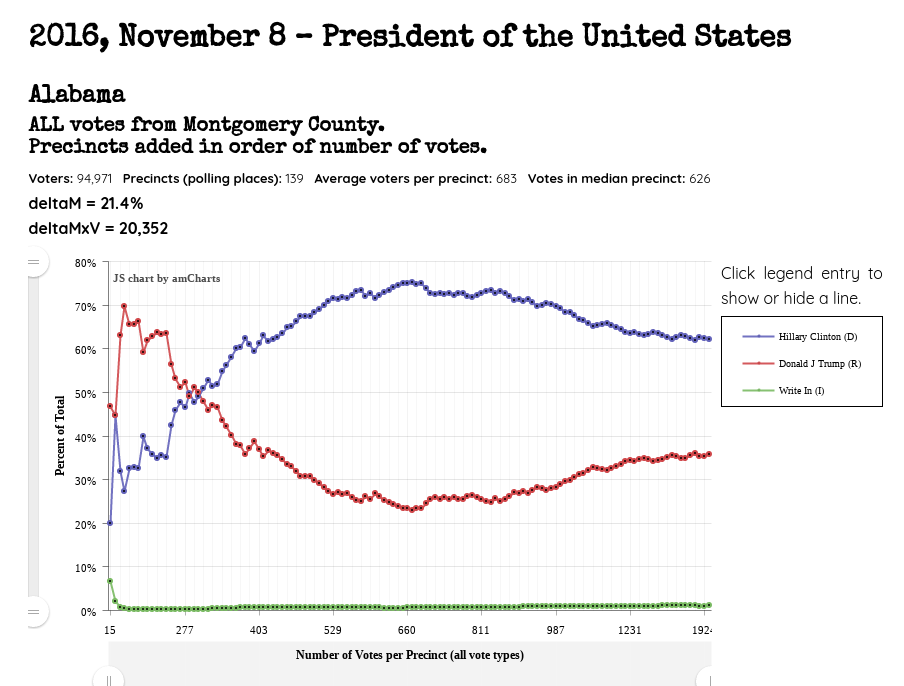 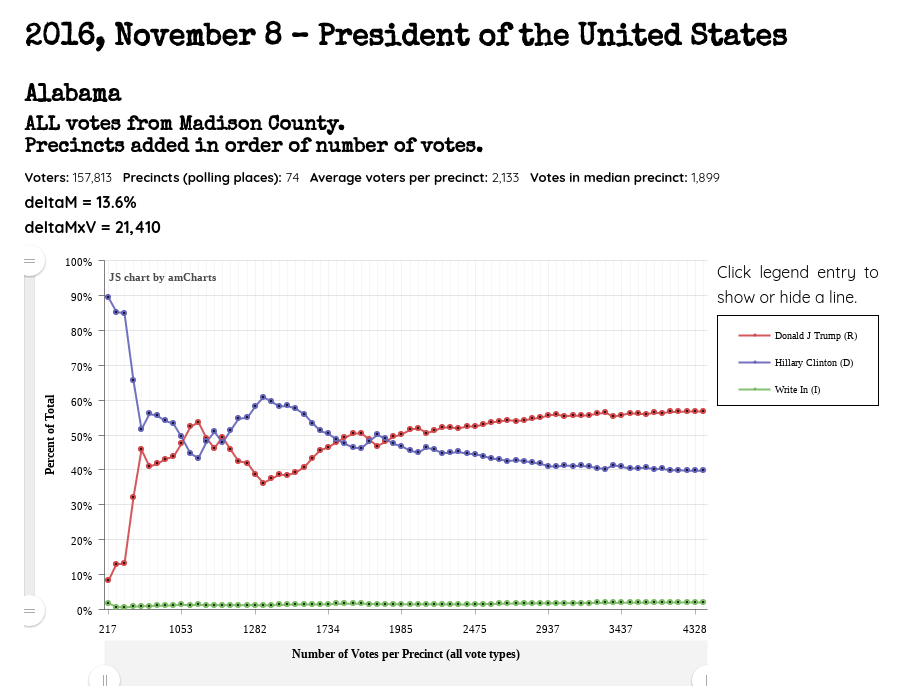 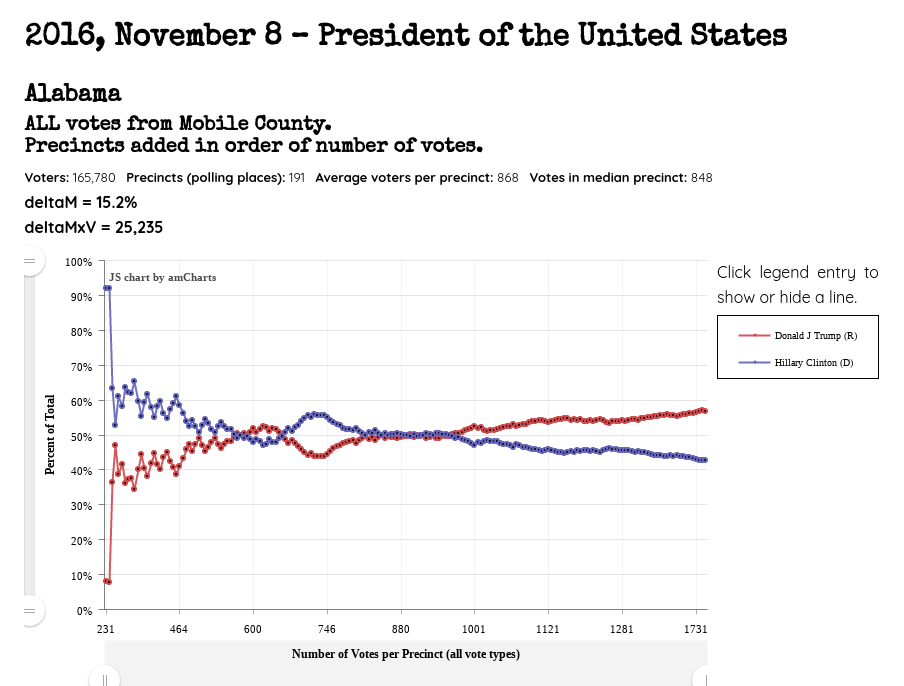 The implication here is that a great preponderance of white Alabama voters voted for Trump. 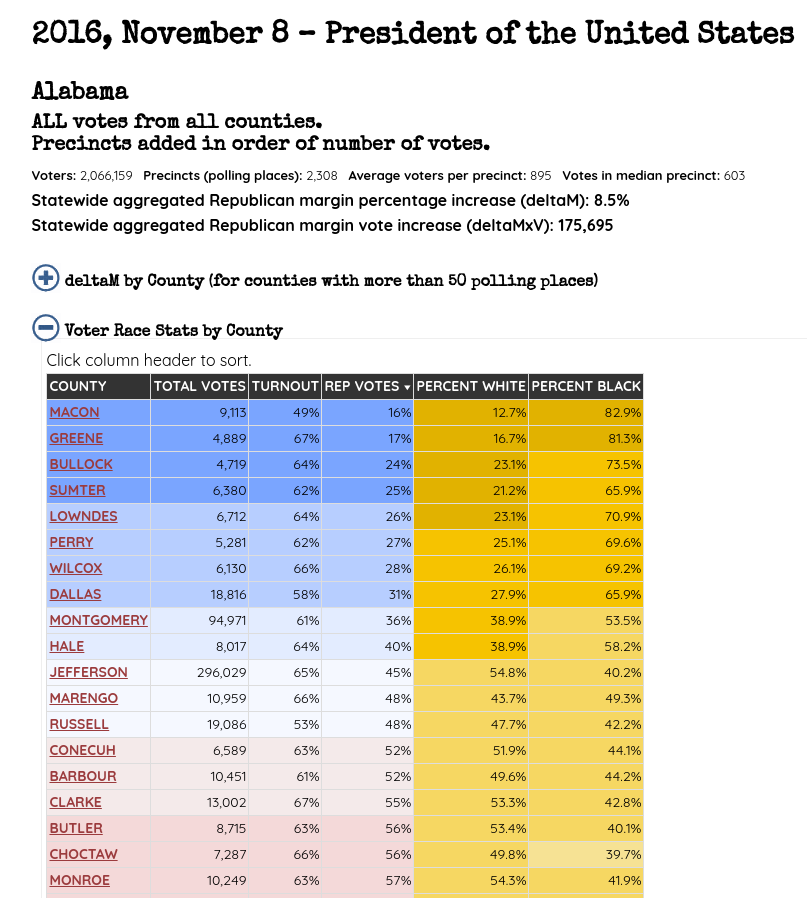 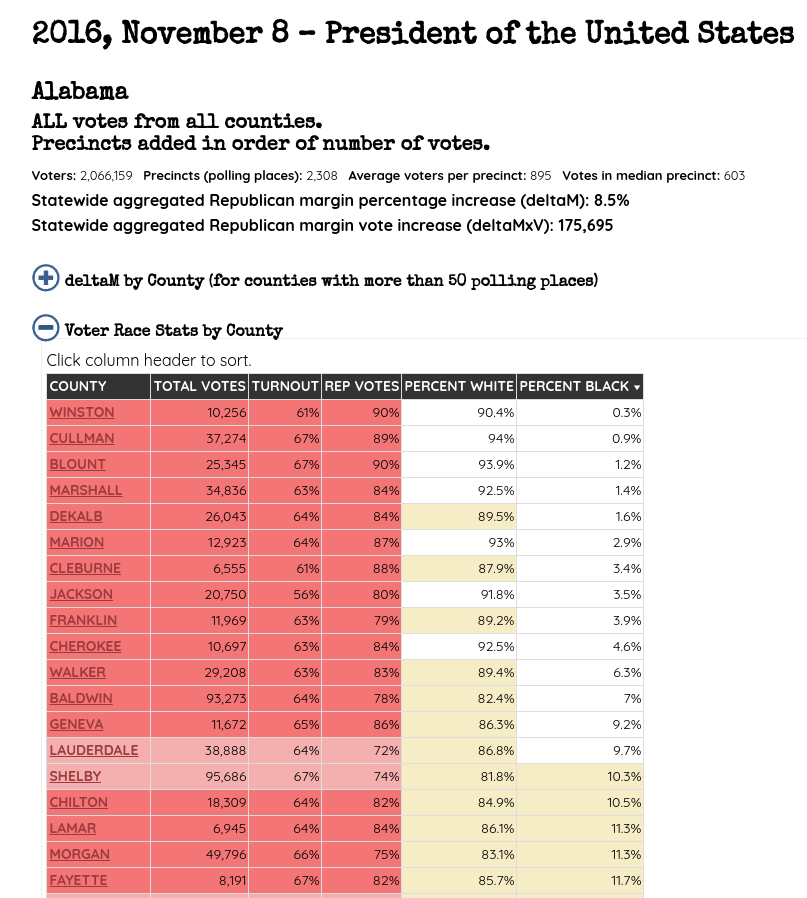