Our analysis of the 2016 Presidential Race in North Carolina shows that in all large counties the Republican share of the vote is larger in precincts where more ballots were cast. In no county do we see Democratic share of the votes increase in larger precincts.

In terms of demographics, it has long been noted that very small districts are more likely to be found in rural areas, which tend to be more conservative, so often the red line is higher and the blue line is lower toward the very left. Typically though, the line goes horizontal rather quickly. Here’s an example of a county in Ohio that looks “normal”: 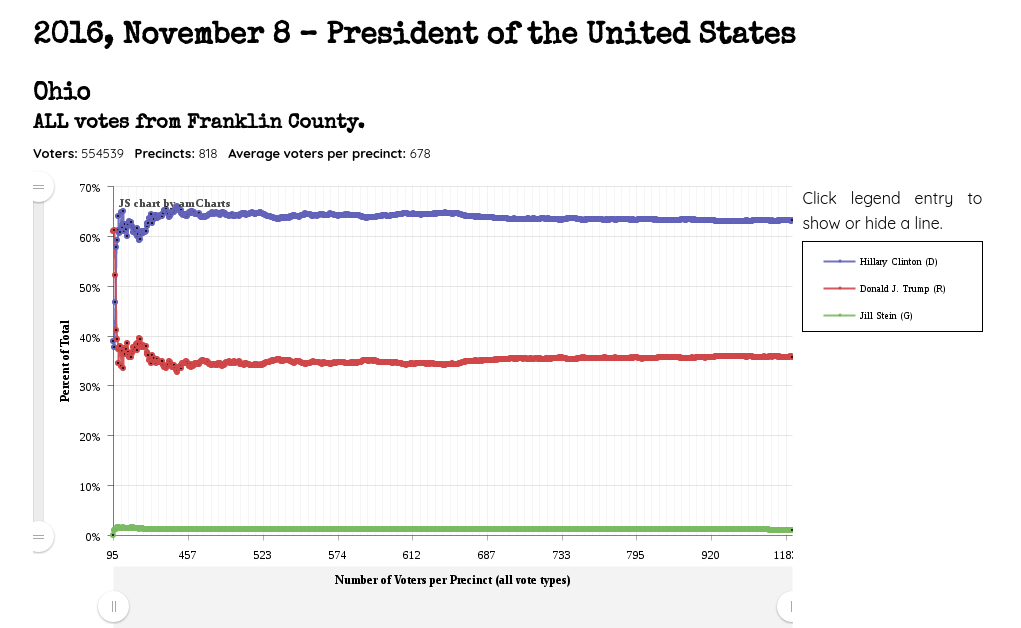 For our analysis of North Carolina, we started by looking at the state as a whole. This is what we found: 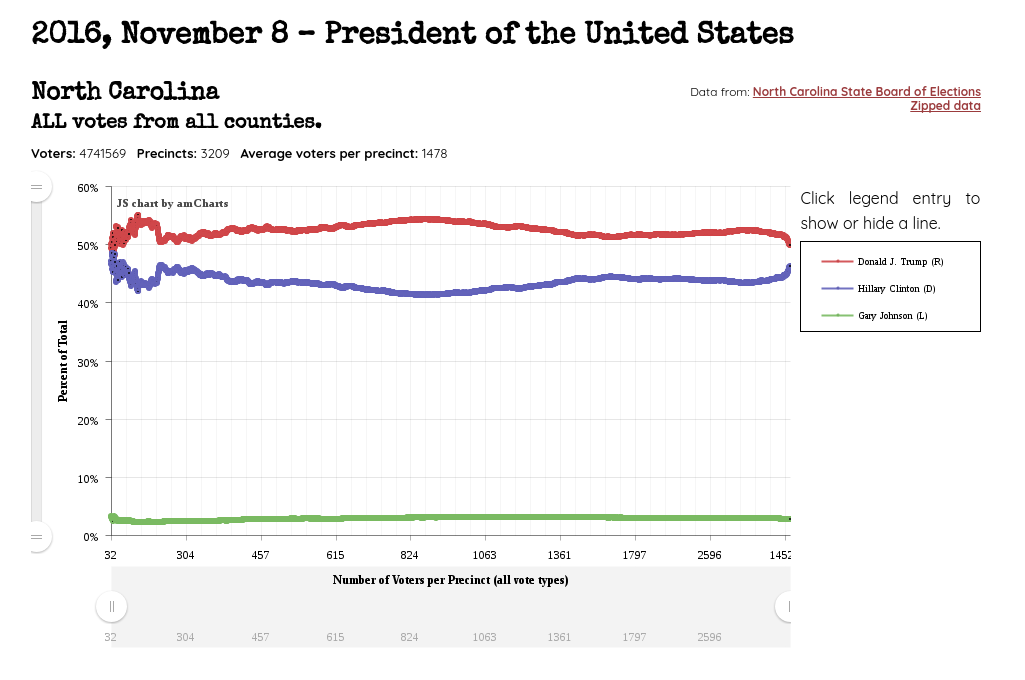 While this line is oddly wavy, it does not necessarily raise red flags. For instance, the rise in the blue “Democratic” line at the far right can be attributed to the fact that North Carolina counts Absentee and other non-election-day votes by county, so the “precincts” at the far right represent Absentee votes, which have historically tended toward Democratic.

It was not until we looked at the county level that we could see the bigger picture. The picture became even clearer when we looked at election day votes only.

In every single large county, the red GOP line trends upwards. Sometimes by an alarming amount:

Here are some examples: 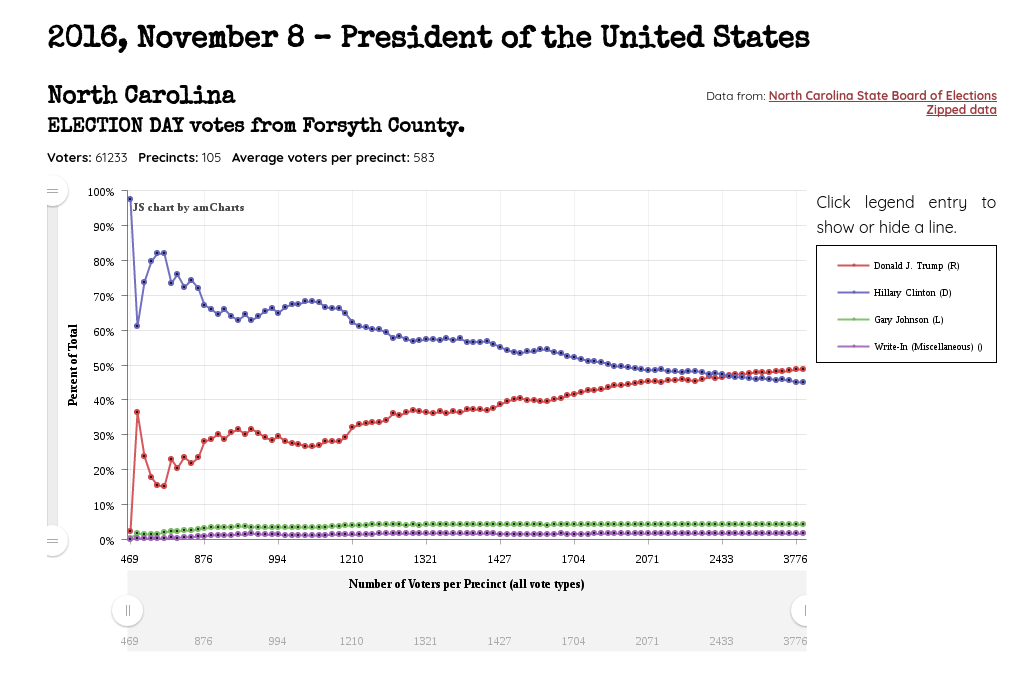 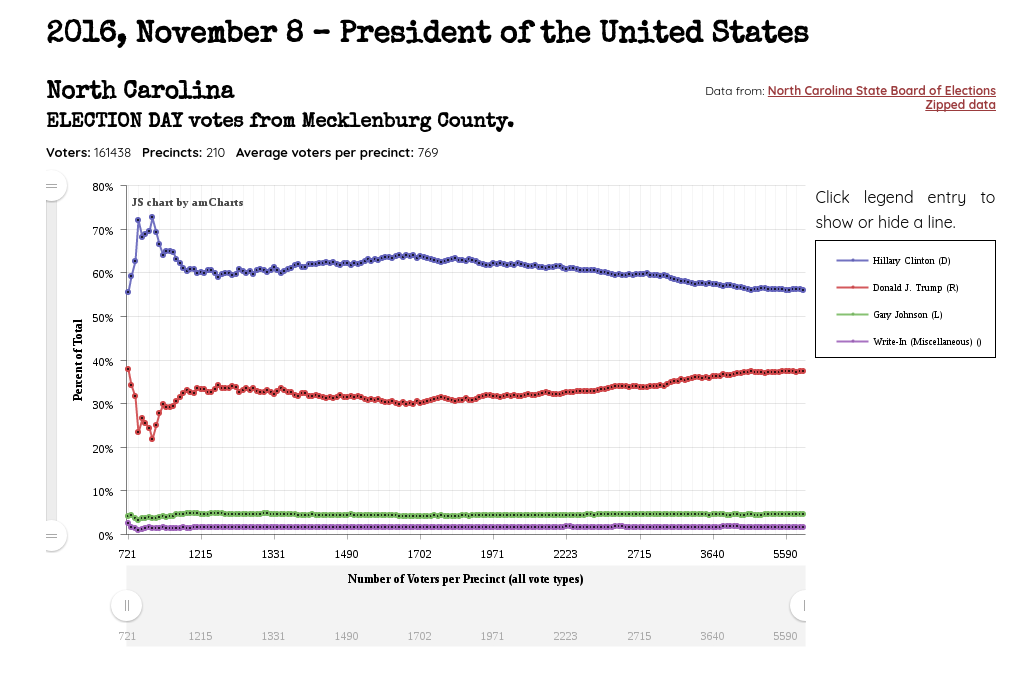 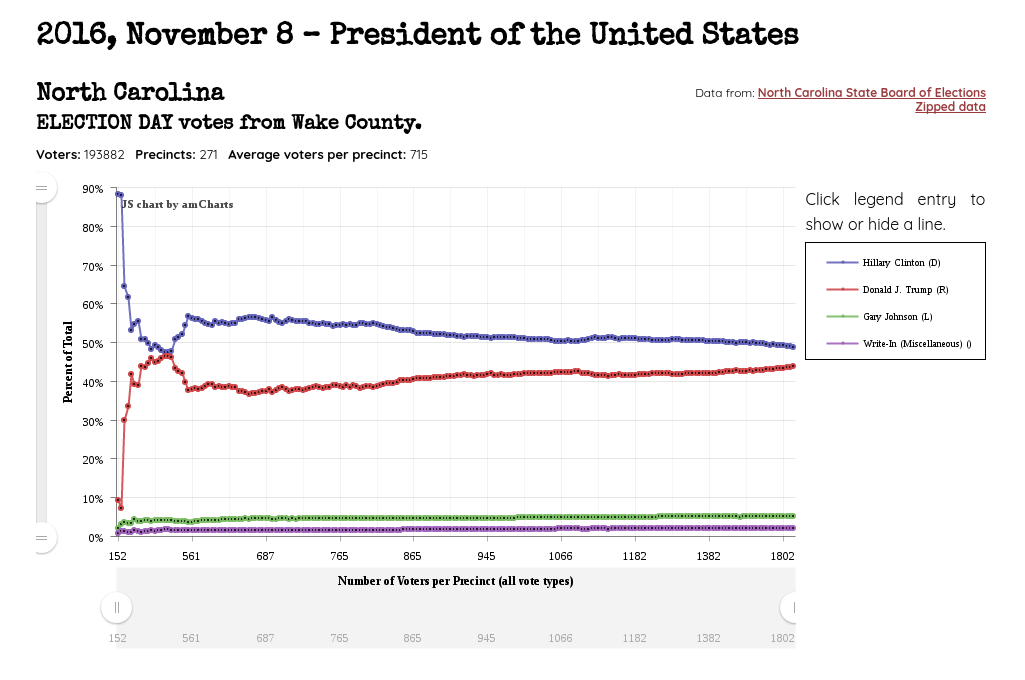 We estimate that a large number of votes may have been shifted from Clinton to Trump via these “red shifts”, as we can find no counties that display any sort of “blue shift” that might balance this phenomenon. 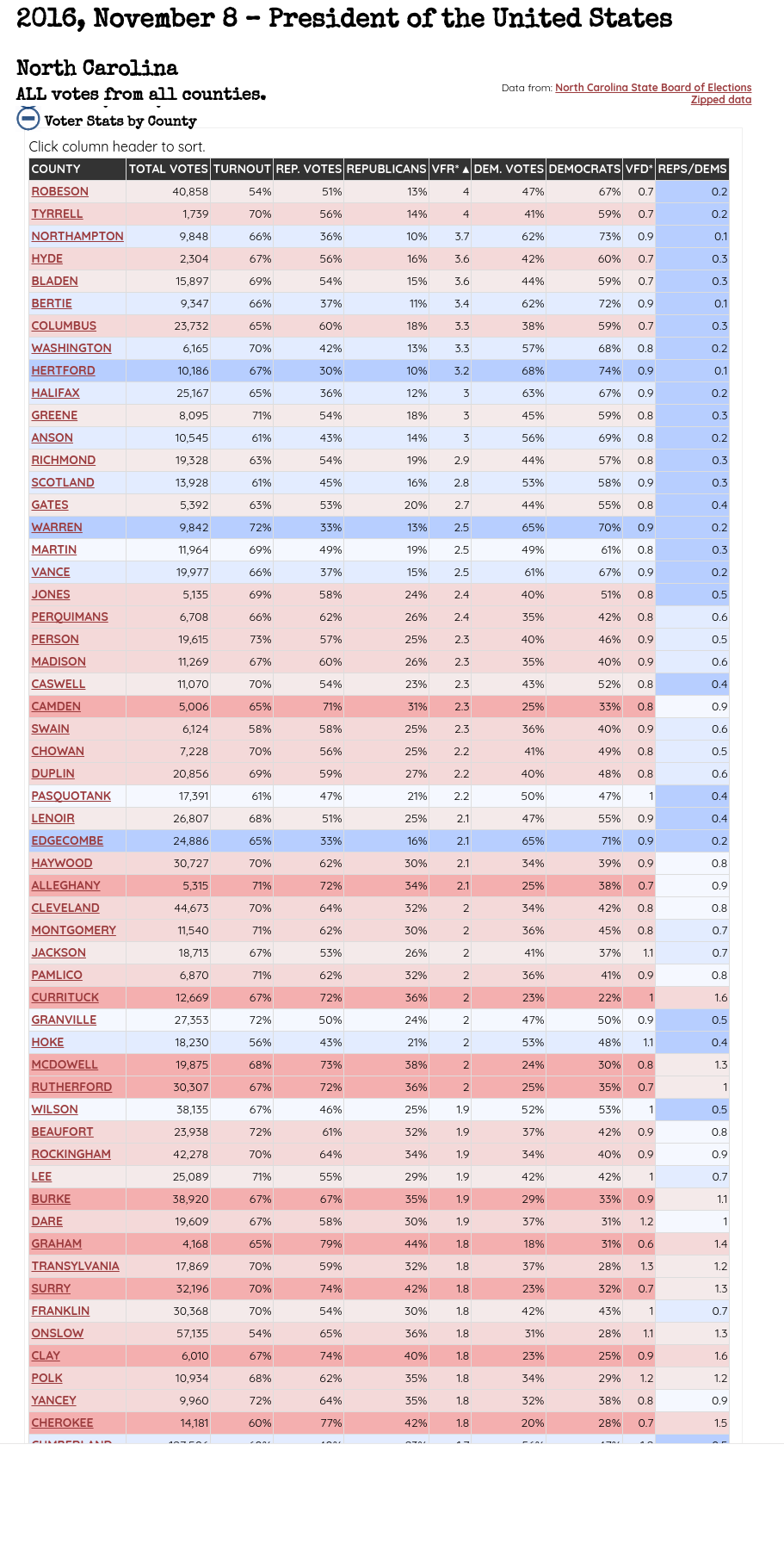